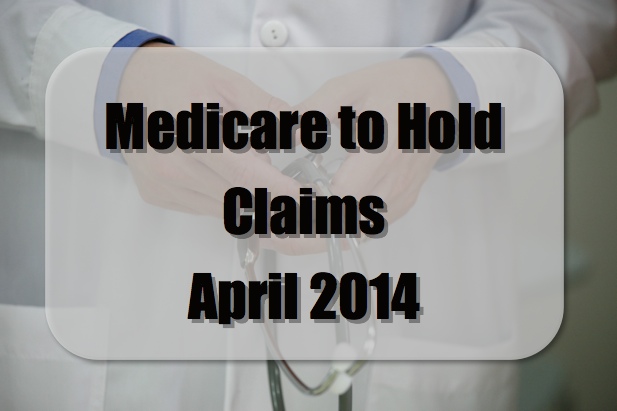 The 2014 Medicare Physician Fee Schedule (MPFS) final rule stipulated a negative update to the MPFS that was to be effective January 1, 2014. That reduction was averted for three months with the passage of the Pathway for SGR Reform Act of 2013, which provided for a 0.5 percent update for services paid under the MPFS through March 31, 2014.

CMS is hopeful that there will be congressional action to prevent the negative update from taking effect on April 1, 2014. CMS has instructed the Medicare Administrative Contractors to hold claims containing services paid under the MPFS for the first 10 business days of April (i.e., through April 14, 2014). This hold would only affect MPFS claims with The hold should have minimal impact on provider cash flow, because under current law, clean electronic claims are not paid any sooner than 14 calendar days (29 days for paper claims) after the date of receipt. All claims for services delivered on or before March 31, 2014, will be processed and paid under normal procedures, regardless of any Congressional actions.