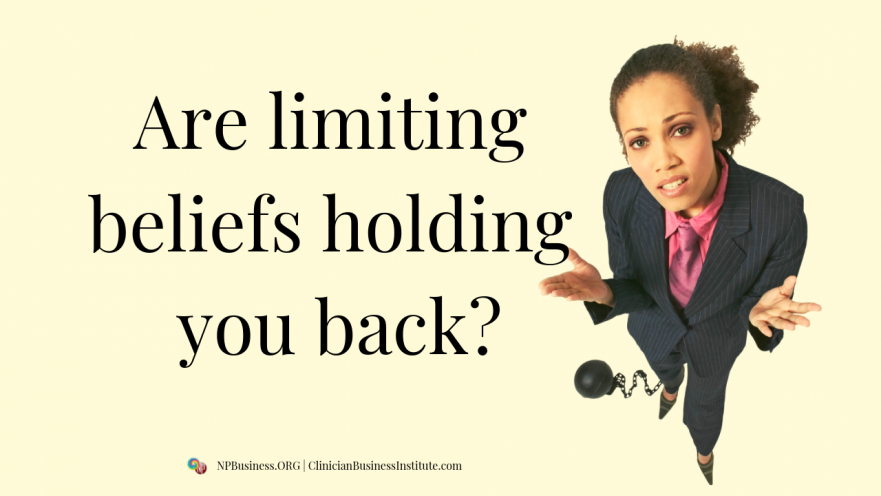 While many have been credited with some variation of this quote, the central idea remains the same. Our Thoughts and beliefs shape our actions; ultimately, they shape our reality.

Beliefs either work for or against us. But of course, things rarely are as simple as that. Many beliefs live below the surface; they fly under the radar.

The majority of our deep-seated beliefs are “installed” at an early age and are a composite of the world around us; we form them by way of observation, interpretation, and imitation.

Holding positive, affirming beliefs helps us move forward in life. But when we have limiting beliefs, they tend to get in the way and hold us back.

Limiting beliefs can be difficult to expose. Most often they’re disguised as logical thinking, prudent decision making, or err on the side of caution.

Most of us carry around some limiting beliefs. They come from a variety of sources, including our interpretation and modeling of the world around us. After all, this is how we learn.

But unfortunately, learning by way of osmosis is not always accurate.

Sometimes we take on the limiting beliefs of others; beliefs of family, teachers, and friends. And other times, what we see in the media, eventually tries to pass as our own belief.

Occasionally, “borrowed beliefs” serve us just fine. But more often than not, they act like speed bumps slowing down progress.

It’s no surprise, the majority of limiting beliefs center around success, confidence, abundance, and just what’s possible in life.

Some of these limiting beliefs are strong and include ideas like:

At this point, you’re probably thinking: “I don’t think like that; I don’t believe any of that!” And you’re right.

But when you stop and look, you find the themes repeated over and over again: in the movies, the media, and stories passed on between generations. And it’s a though influence to escape!

Unwillingly, many of us end up internalizing some version of the various themes. And over time, through repeated exposure, they seep into our belief system.

So how might limiting beliefs show up in your professional life? They could show up in countless ways…

Perhaps you’ve wanted to start a practice, but instead of sticking to your start date, you continuously adjust it.

However, if there are continuous delays, it should raise a red flag. Perhaps it’s time to ask some questions…

You’ve been in your own practice for the past three years; things are going well. You’ve even played with the idea of expanding.

And while you’d love to move to a bigger space and hire additional staff, deep down you’re convinced you wouldn’t be able to find the money to finance the growth. So much so, that you haven’t even looked into applying for a loan!

But here’s the thing…

Assuming, that the practice is generating positive cash flow and your personal finances are in acceptable condition, why couldn’t you apply for a business loan?

Is it your belief about money that’s holding you back, or is it something grounded in reality?

Many are convinced it’s difficult to get a loan or secure financing. And while this may be the case, nothing is holding you back from looking for funding favorable for your business.

Don’t allow limiting beliefs to hold you back or keep from trying in the first place.

Remember, your beliefs color your perception of the world and your experiences. And so many of our beliefs are true only because we believe them to be.

So, if your beliefs aren’t in line with what you want out of your business (and of life), it’s unlikely you’ll realize your goals in the long run, which makes your beliefs a logical place to start making changes.

Start by doing this…

Your beliefs shape your actions, your results, and your future.

If you’re dissatisfied with some aspects of your life, begin by questioning your beliefs. Do they serve you or hold you back?

New beliefs are easy to install. Just think how easy it was to install your previously held beliefs, accomplished without any intention on your part.

The key to success is identifying beliefs that limit you and replace them with the ones that don’t hold you back.

Are you aware of any limiting beliefs you may have? Share your thoughts in the comment section below.

By Johanna Hofmann, MBA, LAc; regular contributor to the NPBusiness blog and author of “Smart Business Planning for Clinicians.“