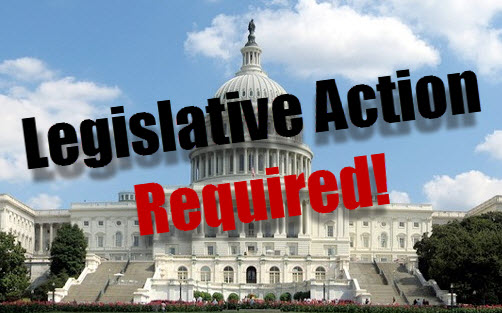 Declaring “It is time for Congress to…improve the efficiency of the Medicare program by enabling nurse practitioners order home health services,” ACNP joined five other national NP organizations in calling on Congress to include the provisions of the “Home Health Care Planning Improvement Act” (H.R. 2267/S. 227) in any Medicare agreement taken during the “lame duck” session this year. Pointing to strong bipartisan support in both chambers of Congress, the NP groups said, “Given our proven track record and recognition by Congress to care for seniors and the disabled, it is illogical and impractical that nurse practitioners are recognized as Part B Medicare providers, but are still unable to document face-to-face patient assessments and certify home health care plans of care for our patients.”

ACNP members are urged to contact their members of Congress now and ask them to take action on the home health legislation before the end of the year as part of any Medicare legislation they adopt.

Congress, White House Open Talks to Avoid “Fiscal Cliff”
Congressional leaders emerged from their initial meeting with President Obama last Friday expressing confidence that they would be able to reach agreement on a plan to keep the economy from going off a “fiscal cliff” of expiring tax cuts and across-the-board cuts in spending before the end of the year. However, negotiators must still reconcile differences on increasing revenue as part of an alternative approach to reduce the deficit.

If allowed to go into effect, spending cuts under “sequestration” would reduce Medicare payments to nurse practitioners and other providers by 2 percent, as well as Medicare Advantage (MA) plan payments, and payments to Medicare Part D Prescription Drug Plans. Last year’ Budget Control Act prohibits spending reductions that change Medicare premium levels, cost sharing, or benefits, and Medicaid and Social Security spending are exempt from cuts. A permanent extension of tax cuts for taxpayers with incomes below $250,000 for families or below $200,000 for single-filers would increase the federal deficit by $3.7 trillion over ten years, while a one-year delay in the automatic sequestration cuts would add $109 billion to the deficit.

HHS Gives States More Time for Exchange Decisions
Responding to concerns from Republican governors, the Department of Health and Human Services agreed last Thursday to give states an extra month to declare if they plan to set up state-run insurance exchanges in 2014. Just a week earlier, HHS Secretary Kathleen Sebelius had told states she was sticking with the November 16 deadline for state exchange declarations but offered states planning to run state-based exchanges until December 14 to submit detailed blueprints. She also gave states that are planning partnerships with the federal government to operate their exchanges until February 15 to make their declaration and submit a blueprint.

In a flurry of activity leading up to last Friday’s anticipated deadline, Wisconsin, Ohio and Montana announced that they would not establish state exchanges, opening the door to federally-run exchanges. Iowa declared that it would establish a state exchange, while Idaho, Arkansas, Tennessee and New Jersey were among the states saying they would delay making their decisions. The White House Office of Management and Budget is also reviewing additional regulations on insurance market structure including essential health benefits that qualified plans must offer.

MACPAC Will Examine Medicaid Payment Increase
Members of the commission advising Congress on Medicaid policies expressed skepticism last Thursday that the Affordable Care Act provisions increasing Medicaid payment for primary care services to Medicare levels in 2013 and 2014 would actually change physician behavior. Several members of the Medicaid and CHIP Payment and Access Commission (MACPAC) also complained about restrictions that prevent nurse practitioners from qualifying for higher payment unless they deliver primary care services under physician supervision, with one member commenting that the panel needs to “help Congress understand who’s providing the care.”

The commission intends to track how states implement the two-year payment increase, recognizing that many face administrative difficulties, especially with managed care payments, even though the federal government picks up the cost of the payment increase. Commission staff is already conducting structured interviews with Medicaid officials, technical staff, and representatives of providers and managed care organizations in eight states and plan to report back in early 2013.